Status of drainage and cleanliness in urban slums: Case study 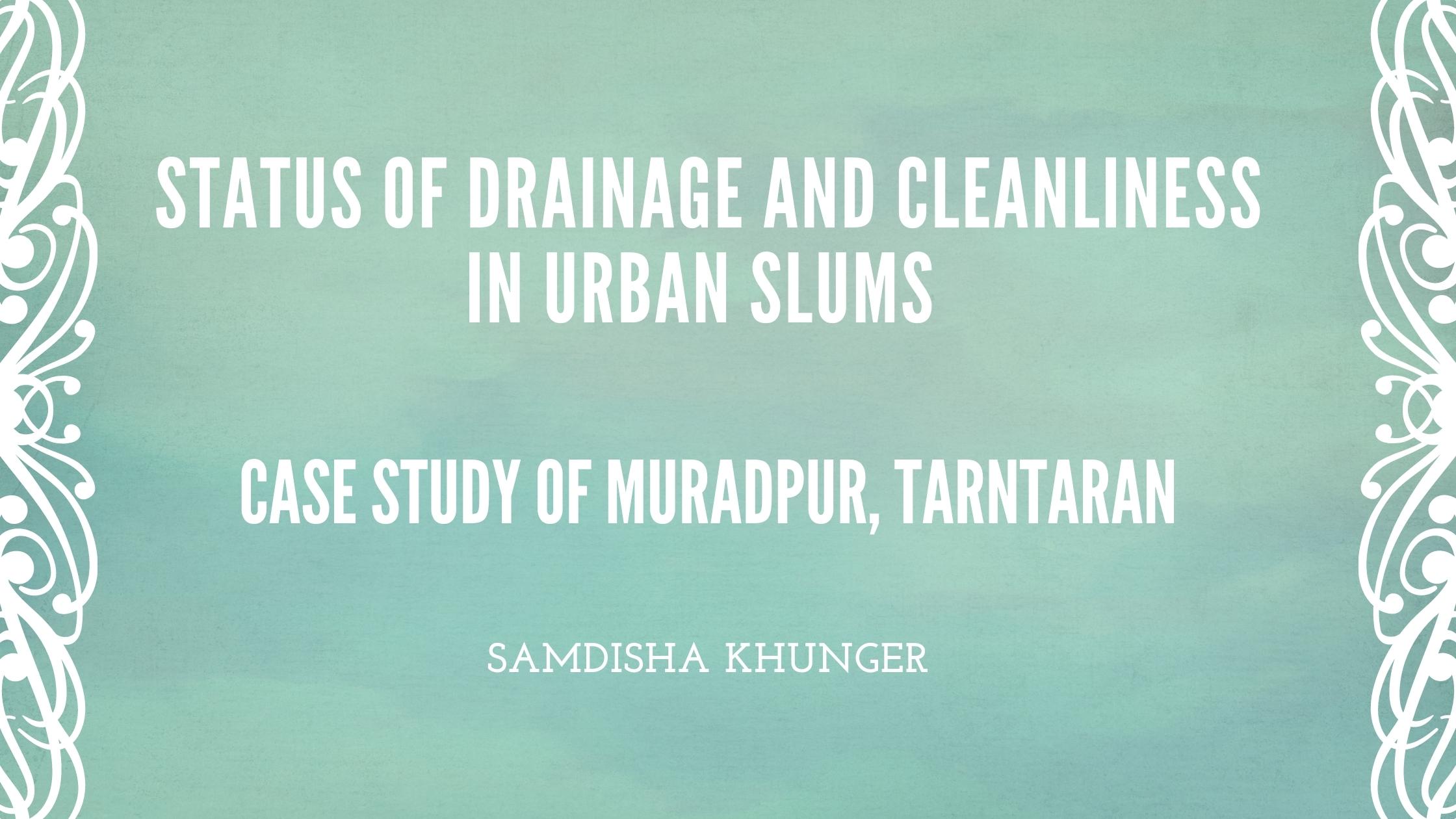 The aim of the research is to find the status of drainage and cleanliness in urban slums based on a detailed study of the slum region on the outskirts of Muradpur in TarnTaran, Punjab. A survey was conducted in the slum area using questionnaire and observation to reveal the current status of drainage and cleanliness. Secondary data from CENSUS OF INDIA 2011 and newspaper articles has also been incorporated to back the findings in the survey. The result shows that the situation is extremely poor in the slum region with no proper provision of a drainage system or cleanliness.

Fast-paced urbanization shows the growth of population in urban areas. This has led to many problems, increase in density of people in an area being the prominent one. According to the CENSUS report of 2011, “There has been an increase 3.35 percentage points in the proportion of urban population in the country during 2001-2011”. As a result of this, many people are forced to live in slum settlements which lacks adequate basic infrastructure. Many problems are associated with this such as sanitation, clean water, drainage etc. This research focuses on two of these problems faced by slum dwellers of Muradpur(developed in 1991-2001) i.e., cleanliness and drainage.

There are two types of data collection in this research: primary and secondary data.

The primary data is collected through an in-house survey of the slum region using open questionnaires. Random sampling was done and the population consisted of people of diverse ages and both males and females were included.

In the slum of Muradpur (home to 1242 people, living in 253 houses), there is no proper provision for drainage. There are no channels or system through which waste water can be discharged. There is a pool of stagnant water which has been there for a long time. The water in there is completely black. 75% of the respondents replied positively when asked whether they or any of their family member have any disease because of lack of proper drainage and cleanliness. Some of them even said that water-borne diseases and stomach problems were common among the families residing there. 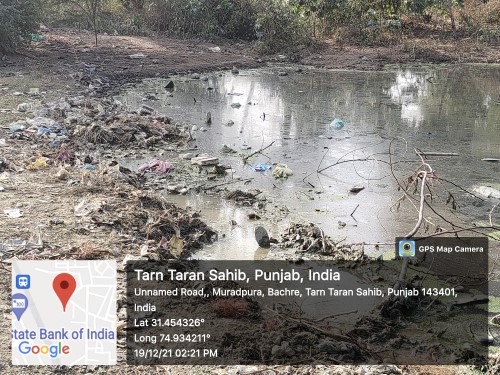 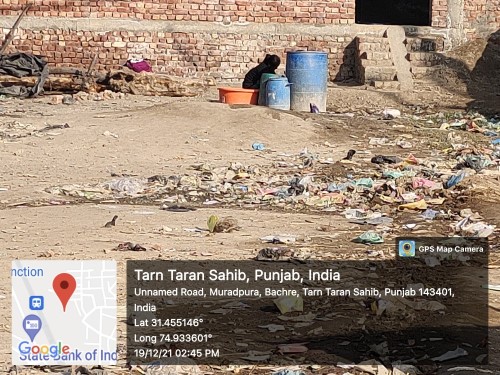 Further, the residents do not have any regular supply of water. They arrange water from households outside the slum area. The waste water is discarded out in open itself.

During the rainy season, the condition worsens as the entire locality is filled with rain water. Not having structured streets and drainage makes it very difficult for the people to carry out their daily activities.

The Tribune, dated 5 Nov 2018, quoted, “Residents say that they have requested the officials concerned of the Municipal Council many a time, but to no avail. Sewage accumulation in streets is a common sight here. The streets are already dilapidated and, due to it, some spots have turned into a pond.”

Entire area of the slum is dirty and filled with waste material. As we enter the area, we can see piles of waste scattered here and there.

There is no provision of public washrooms or toilets. No community toilets with or without bath are available. No community dustbin is available in the entire area. As shown by the pictures below, people throw their waste in open. There have been no efforts from municipal committee to clean the area timely and regularly. 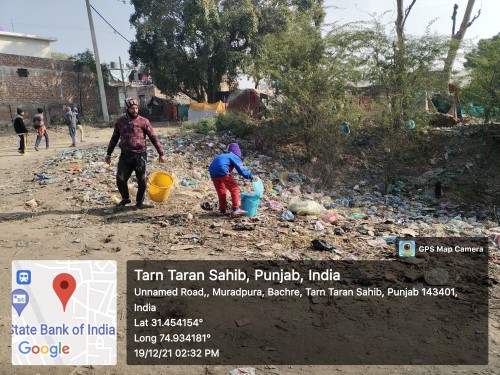 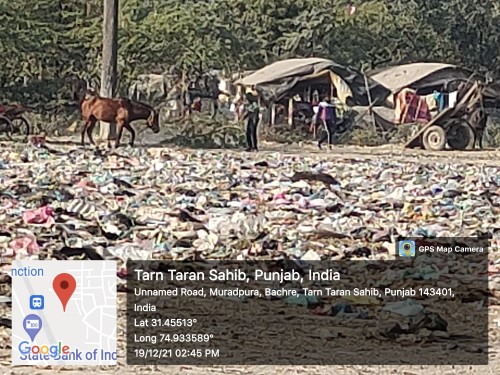 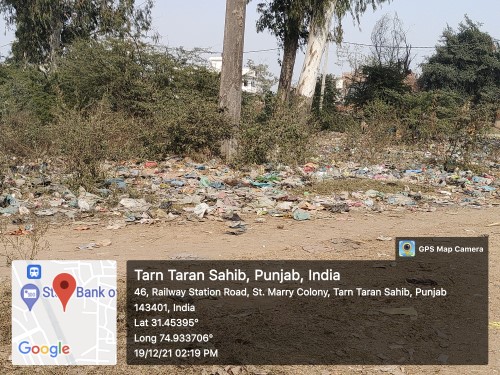 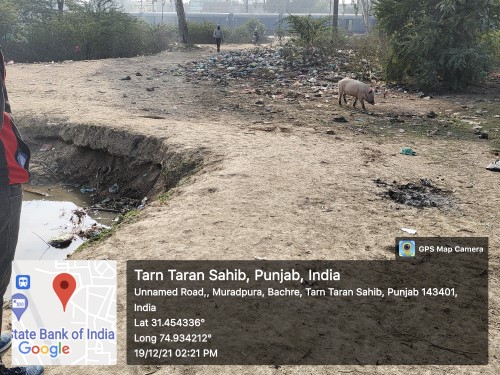 No timely spray of mosquito repellant is carried out, which becomes a big problem for the dwellers, especially in the rainy season.

There is no help from the government or any other organization or anyone to help improve the situation of the area.

There is no medical practitioner with any degree in the area. No medical shop can be found.

The problem can be summarized as follows: the entire area of the slum does not have the provision of basic amenities, the dwelling condition of people is extremely bad, and there is no initiative by anyone to improve the living conditions of the people.

Based on the results of this study, recommendations can be made that government must pay attention to the needs of the people living in slums and do the needed.

Amezing work buddy 🤗💝 kep it up

now this is worth reading😊👍