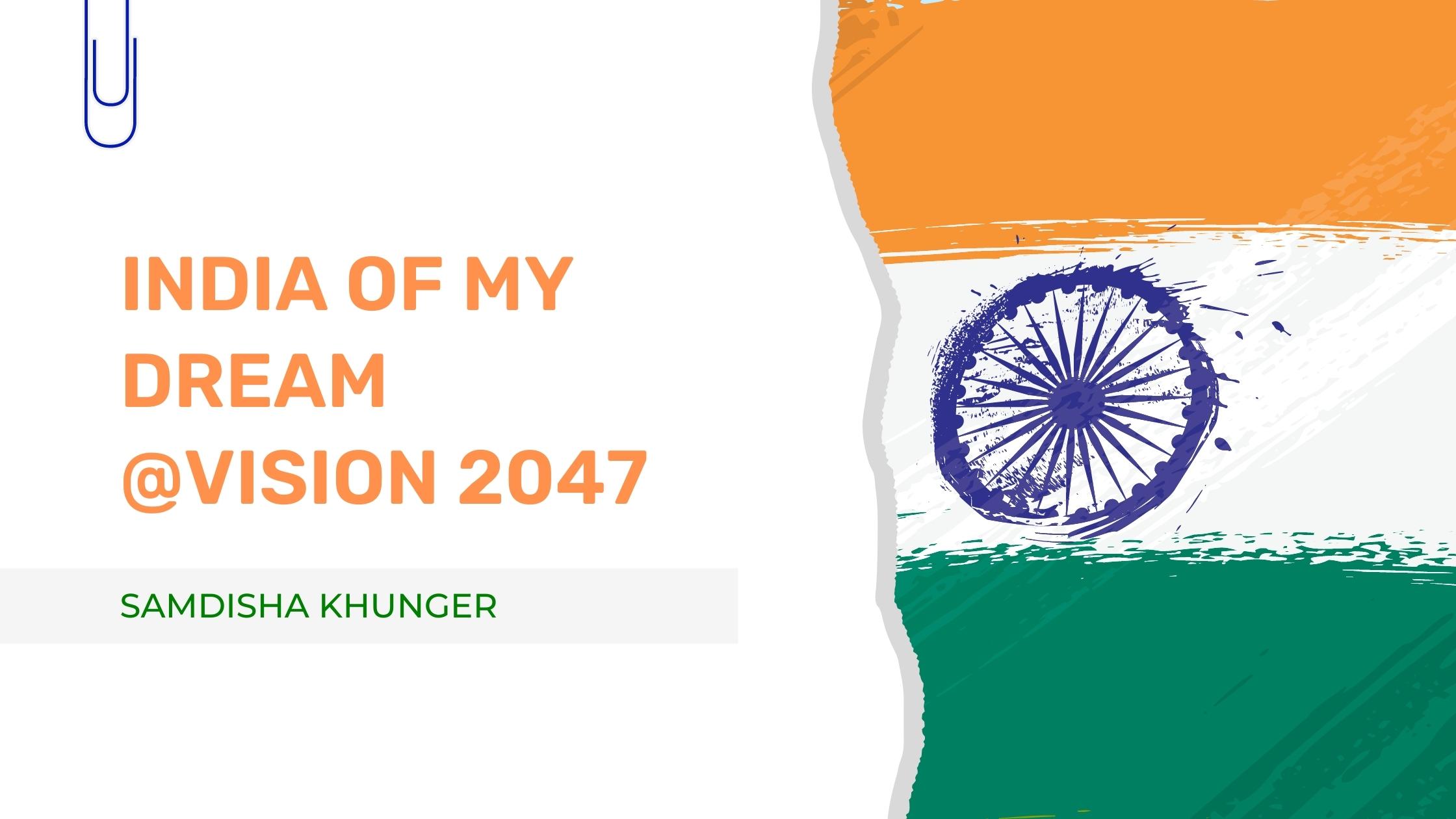 Each Indian’s eyes would light up undoubtedly, when asked about their dream India as everyone have certain aspirations when it comes to their own country.

India, which has had a history of struggles, became independent in 1947. It was a joyous time although gripped with horrors of partition, of poverty, of underdevelopment.

But today, as we celebrate 75th year of independence, things have changed. We have progressed in many arenas, but also have retrogressed in some. Nevertheless, we all aspire for better.

Economic Domain: India would become a developed country by the time it celebrates its 100th independence day. The problems of unemployment and poverty would be solved and India would excel in world trade.

Social Aspect: India would be free from the social evils crippling it. A country where all people are true to their own self, where women have complete freedom and respect, where there is harmony among diversity, is my dream India.

Science and Research: India would be a home to numerous groundbreaking innovations. The Indian defense system will become puissant. India would also excel in other fields such as medicine, industrial development, etc.

International Arena: India of my dreams would be leading the global space. India would have a greater say in the world affairs.

Clean and green: By 2047, my country would be a clean and green one. India will be a pollution free country, beautified by the greenery of vast stretches of trees, inhabiting diverse flora and fauna.

It is my vision that my country is a peaceful and happy place for Indians, who have great respect and love for their country.