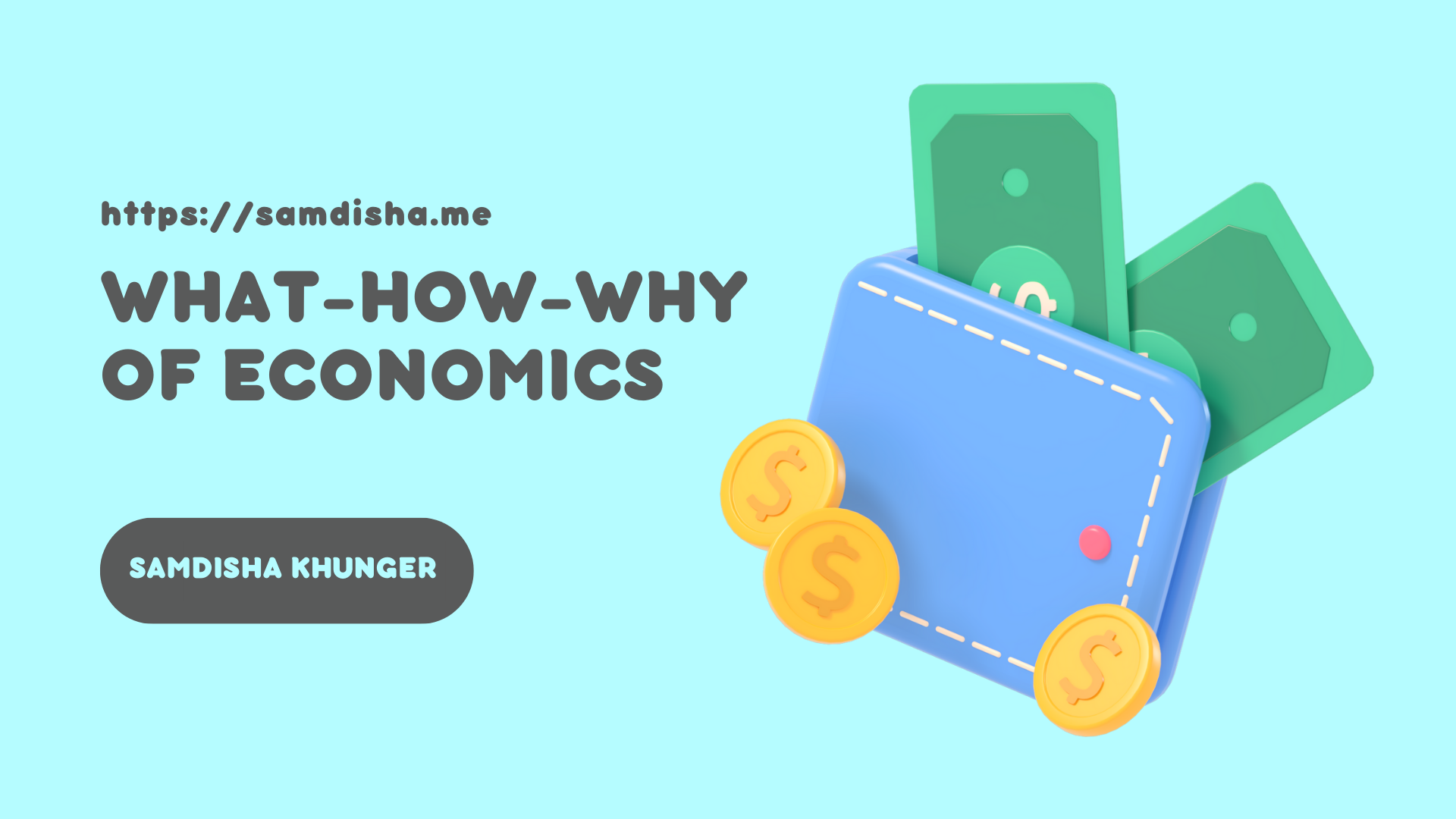 We all must have heard of economics and its various aspects at different points of our lives. But do we ever realise that from eating a small toffee to making big cars, hiring labour to making big policy decisions, all of these are economic activities and in fact, the subject matter of economics

“Economics is the art of resource allocation”

In order to have a clear understanding of this, let us dig deeper and understand its meaning.

The english word Economics is made up of two greek words, oikos and nemein, which mean household and management respectively. It implies management of household.

As we manage our household, we solve various problems in day-to-day life and make some basic rules for ourselves, similar is the case with economics.

The central idea of Economics is the problem of choice.

For instance, Venessa has 1000 rupees and she wants to buy a new dress but she also wants to get NETFLIX subscription. But her mom told her to buy books using those 1000 bucks. Here comes the problem of choice where she has to choose what thing to buy using those 1000 rupees.

We can infer three things from this example.

We all have unlimited wants.

Our wants are never-ending. It is the basic human tendency to never get satisfied with what we have.

Our resources are limited

Compared to our wants, our resources are so scarce. At any given time or place, we can never satisfy all of our wants. Even if we are presented with all the resources of the world, we won’t be fully satisfied.

The problem arises because:

Similar resources can be used to make cars as well as bikes. Here, we have to make a choice as to what to produce.

And here comes the role of economics. It helps us understand and analyse our unlimited wants, scarce resources and evaluate what will be the best possible solution to this problem of choice to maximise our satisfaction at an individual level and at society level.

Basically, it helps us at each step of resource allocation.

I hope now we all are well aware of the basic meaning of economics. Let’s now dive into the past to understand it’s the origin.

A brief history of Economics

The history of Economics can be traced back to the Mauryan time period. Though it might have existed before, but we are not well aware of it as there are no traceable evidences.

The first ever book on Economics was Arthashastra—written by Kautilya—who was a mentor of Chandragupta Maurya (the first ruler of Mauryan Dynasty) and the Prime Minister in his court. However it is not recognised as a work of economics by many since it was a book on political economics, heavily weighed on the political side.

Adam Smith, known as the father of economics, is considered to introduce all of us to the world of Economics. His book An inquiry into the nature and causes of wealth of nations, written in 1776, provides us with what is called the wealth definition of economics.

There were many other economists as well who furthur added new dimensions to the concept of economics such as Alfred Marshall who gave the welfare definition, Robbins who gave the scarcity definition, etc.

But even today there is no such definition that is accepted worldwide in context of economics as this is a very vast subject having varied dimensions and is much debated upon.

How to approach Economics?

In my opinion, we shouldn’t be looking at economics as just a theory subject having a few laws which just needs to be crammed. In fact the way we think of economics is just like the tip of an iceberg. There are many facets of it which we might not even be aware about.

Economics is a very practical subject. We can relate it to our everyday life, which makes it interesting and engaging. Whenever we associate things with our lives, we can grasp them with ease.

We have already seen that Economics is a part and parcel of our lives. Hence, we must regard it with due significance.

Also, having a general understanding of this subject will help us reduce the misuse of economics as well as its distrust.

What I mean by this is that many a times economic figures can be used in a wrong manner and false information can be provided to the general public who is rather ignorant and tends to believe those false facts and figures. This leads to its misuse and distrust.

In addition to this, knowing the very basics of this subject will only have a good influence on your life and will broaden your perspective on things. We will have a better understanding of the functioning of our government and its decisions and policies. Furthur, economics will make us aware citizens.

Thus it is important and relevant for all of us to know about economics.

Thanks a lot for tuning till the end. I would love to read your comments on my article :) 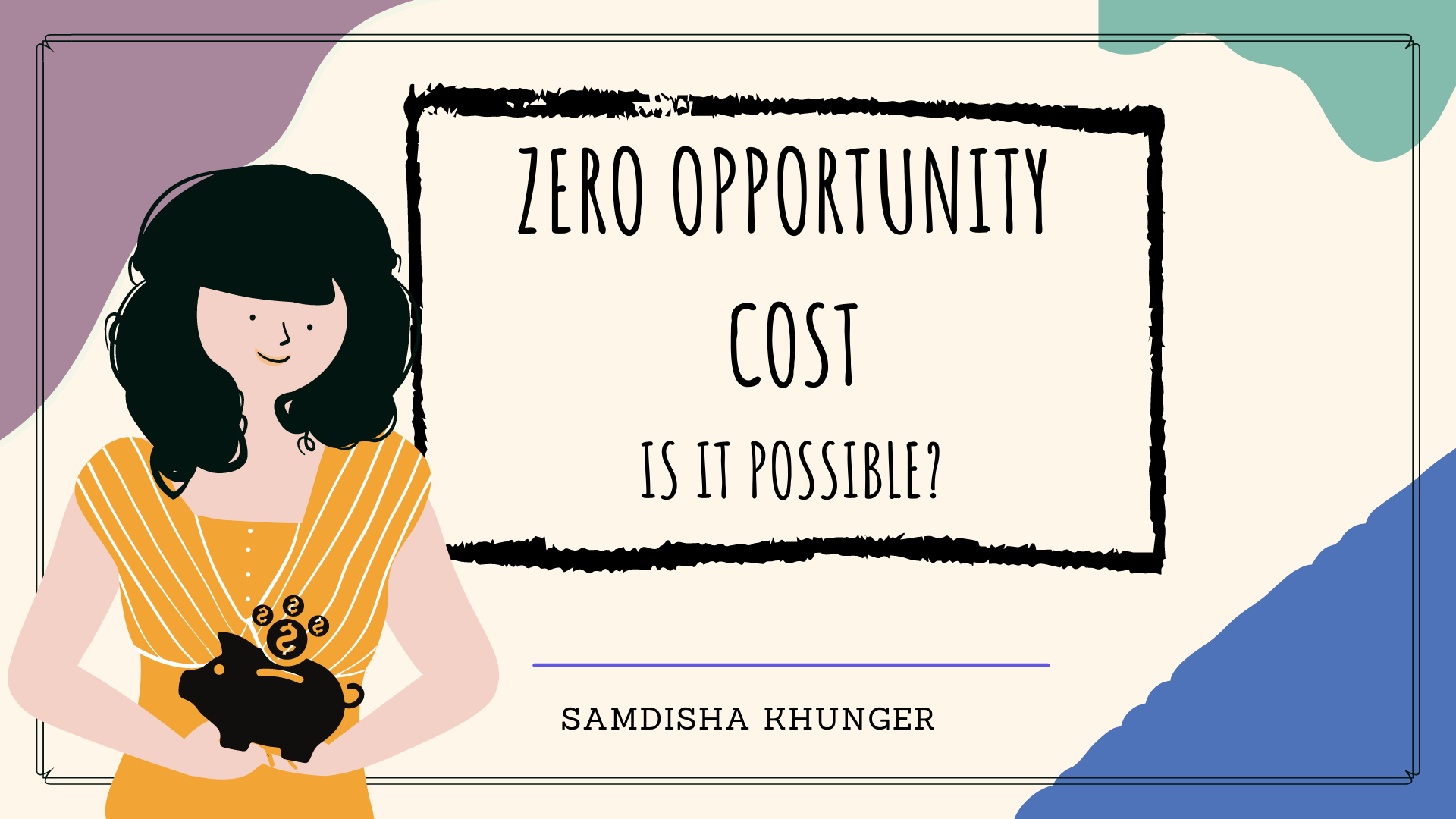 Zero Opportunity Cost - Is it possible?

This article explains the concept of zero opportunity cost in economics along with an explanation of free and economic goods with real life examples.